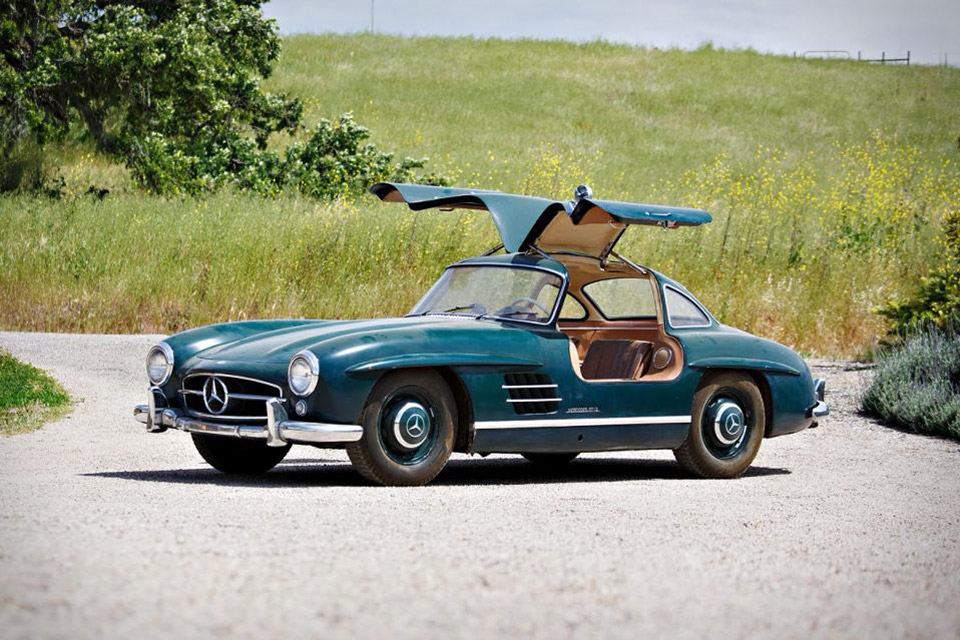 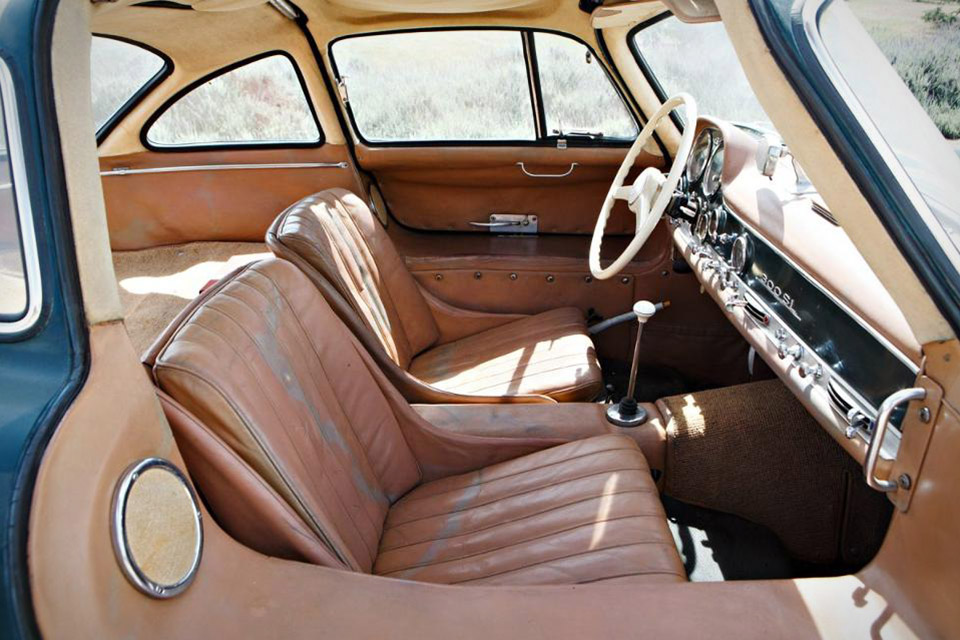 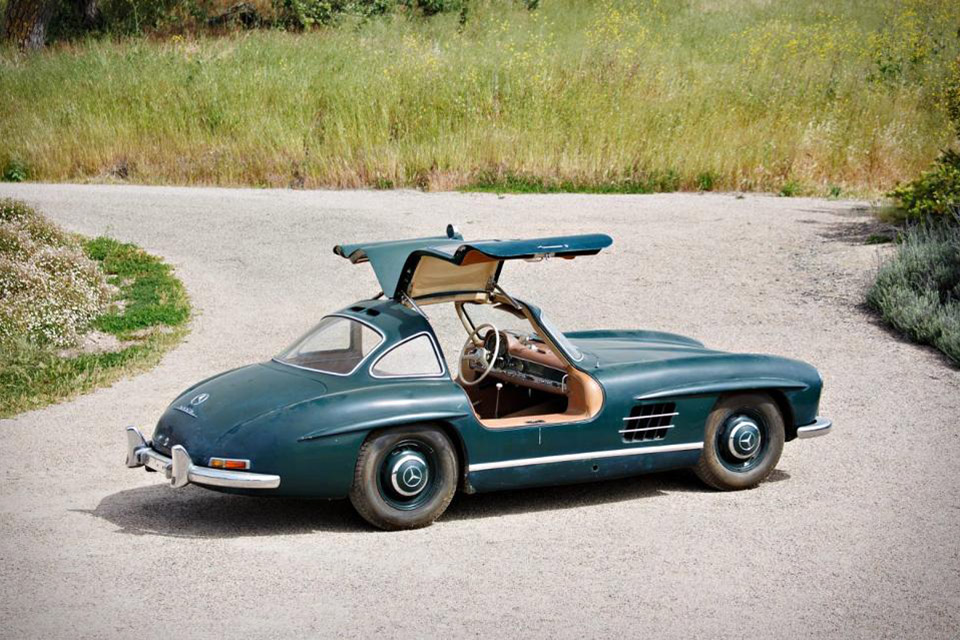 In 1954, Mercedes introduced a race car for the street — the 300SL "Gullwing". Based on the W194 racer that won Le Mans, the idea was suggested to Mercedes by their New York importer, Max Hoffman. Which is where the story of this all-original, unrestored 300SL starts. Ordered by a publishing executive from Hoffman in 1955, the car was specified with British racing green paint over tan leather, making it a rarity among even among a production of just over 1,400. This Gullwing has remained in the same family since it was delivered, racking up just over 16,000 miles over 62 years, and wears a spectacular patina earned over its lifetime of being driven.