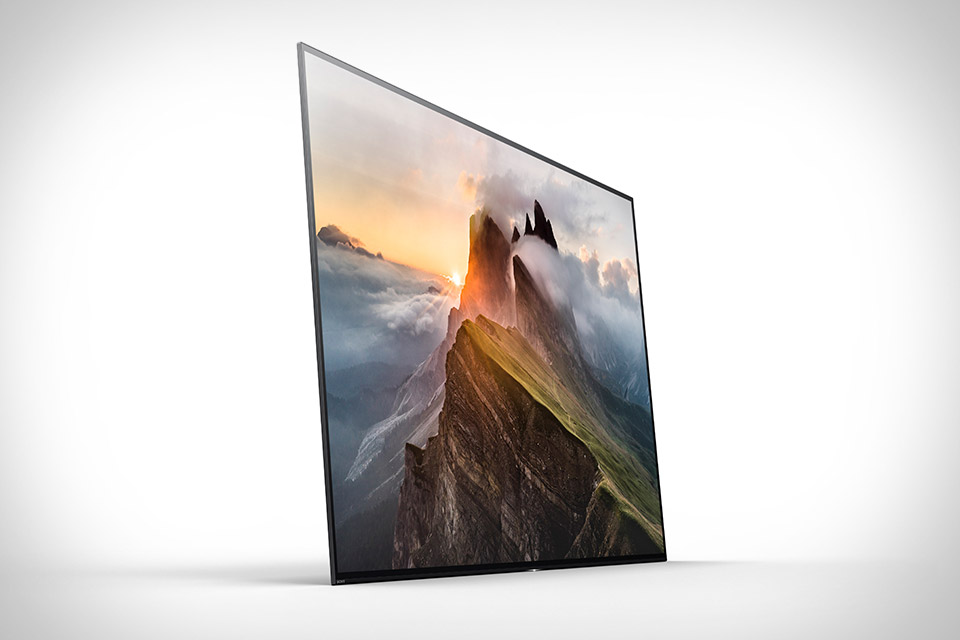 You're forgiven if you're wondering where the stand and speakers are. Both speak to the innovation of the Sony XBR-A1E Bravia OLED TV. Including the specs that come with being Sony's first* OLED set — eight million self-illuminating pixels, incredible viewing angles, HDR support, and insane black levels — this new TV takes advantage of what's unique about the technology. Like other OLED sets, it's insanely thin, but instead of hiding all the guts in a box underneath, or protruding from the back, it hides its powerful processors, inputs, and a subwoofer in a folding kickstand. As for speakers, it uses the entire screen itself to emit sound, creating a unification of image and audio normally only see in theaters. Available in 55, 65, and 75-inch models.

*Yes, technically, the XEL-1 was first. It also had a screen smaller than an iPad Pro.