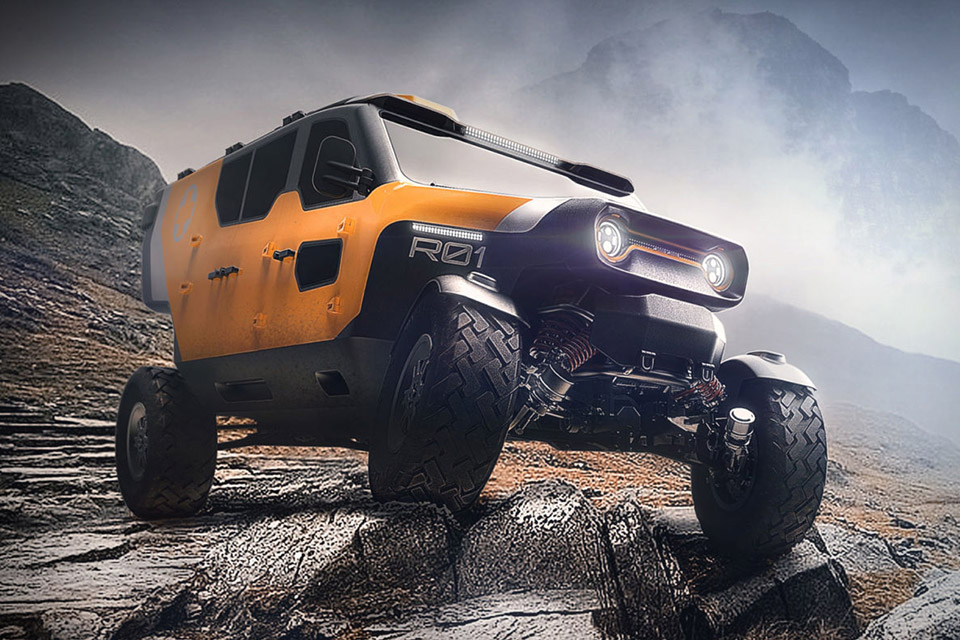 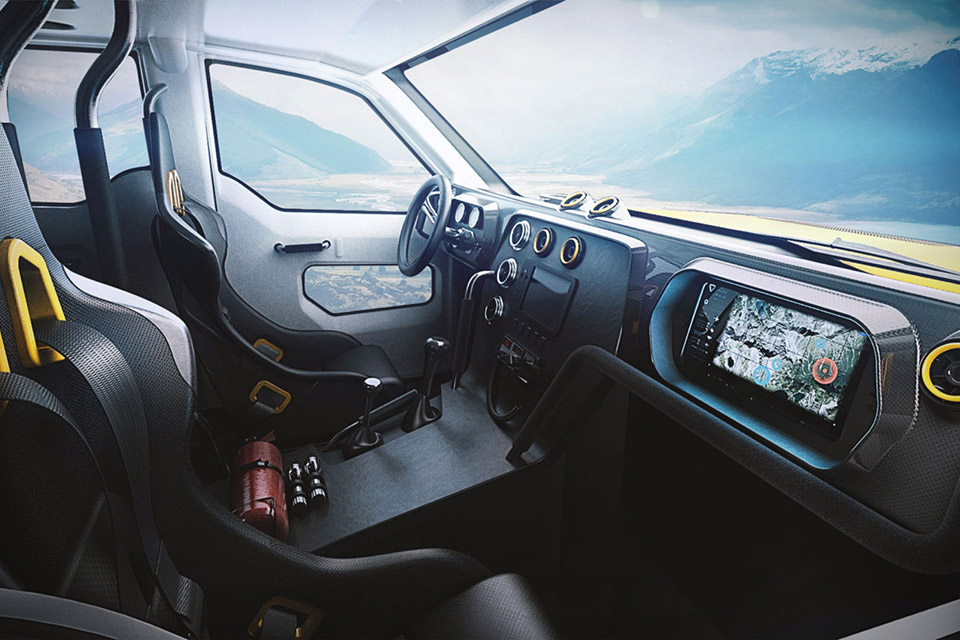 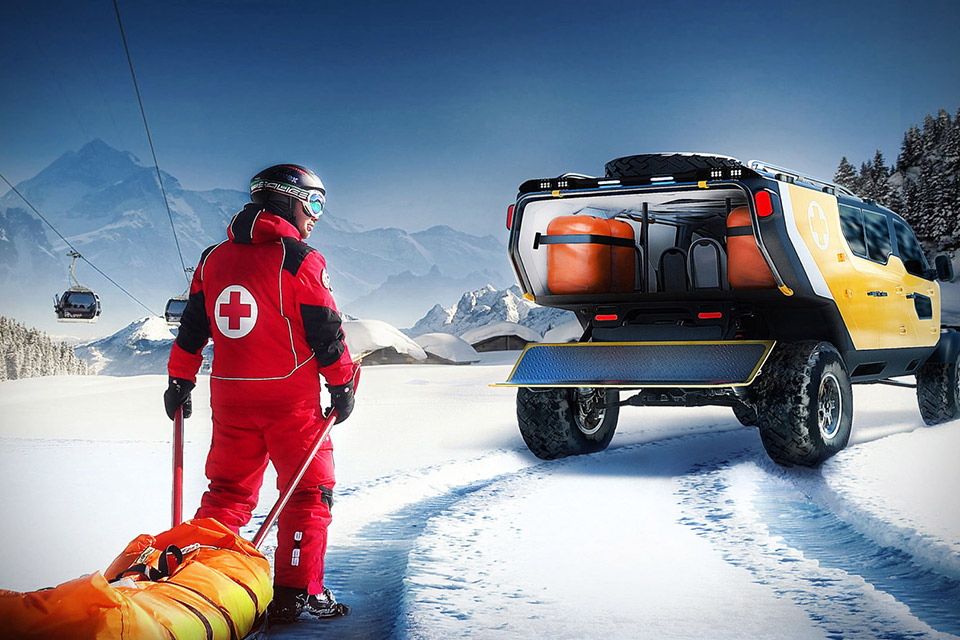 Designed specifically for use in difficult terrain, the Surgo Mountain Rescue Vehicle has capabilities far beyond that of any production SUV. The concept was created by Warsaw-based studio 2sympleks with input from real-life GOPR and TOPR rescuers. Its innovative suspension, developed by the neighboring Automotive Industry Institute, lets it lock its body in a shifted position, enables approach and departure angles of nearly 90 degrees, and has an advanced system of springs and shock absorbers. Inside are seats for up to eight rescuers, plus enough room for two victims to be safely transported via stretchers. While a scale model has been built, no plans to build a full-size version have been announced.