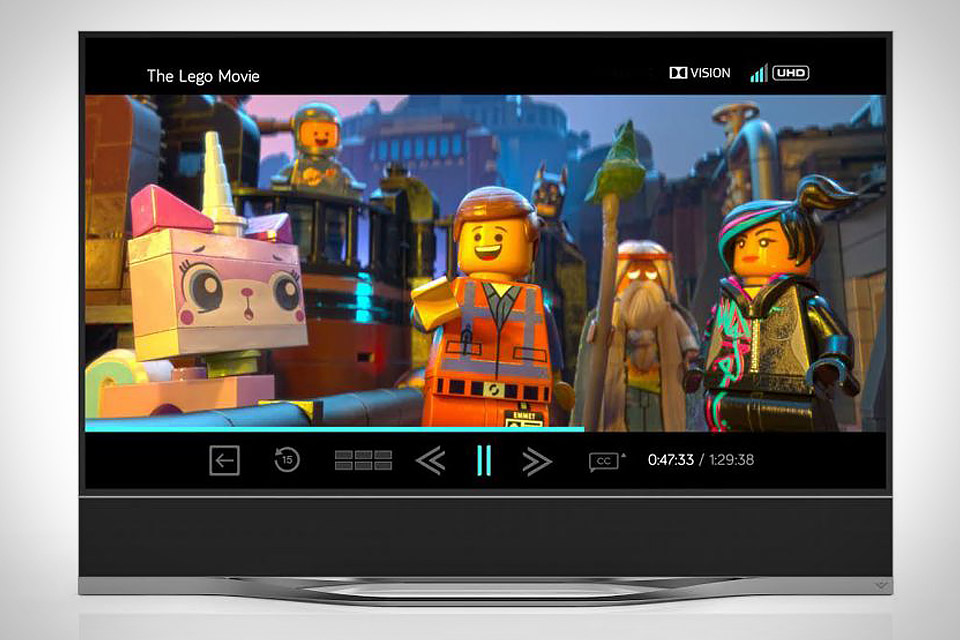 Odds are you've seen an HDR photo, so you know what the added range can do for an image. Now imagine that image as a video in 4K resolution, and you've got an idea of what to expect from the Vizio Reference Series TV. The 65-inch set is the first on the market to Dolby Vision, using quantum dots and other cutting-edge tech to deliver a picture far beyond that of any common set, with over one billion possible colors. It's powered by a six-core processor, supports both 4K and HDR streaming content, and has a built-in 3-channel sound bar, paired with an included wireless 10-inch subwoofer and satellite speakers for out-of-the-box 5.1 surround sound. Also available in a staggeringly large, $130,000 120-inch model.