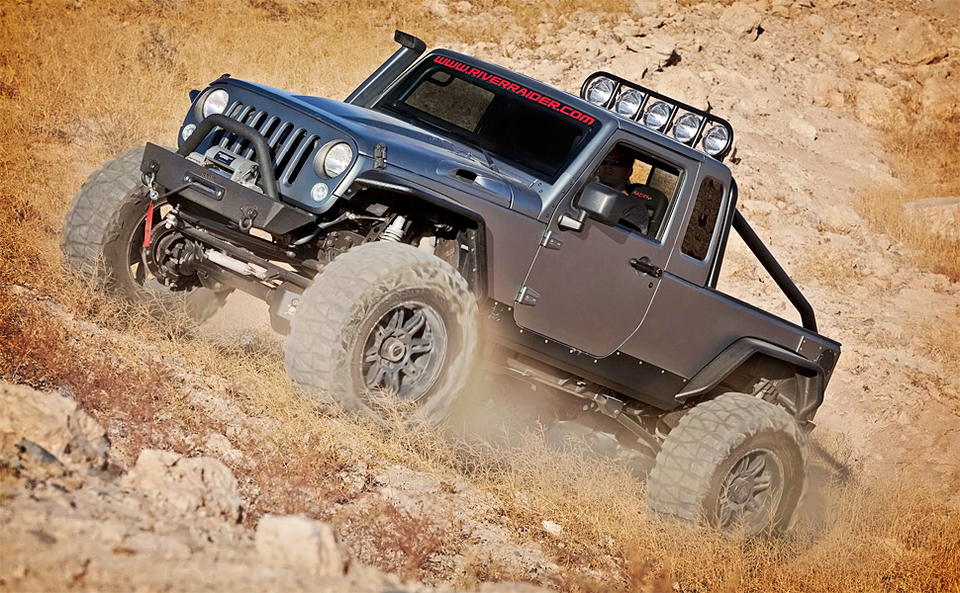 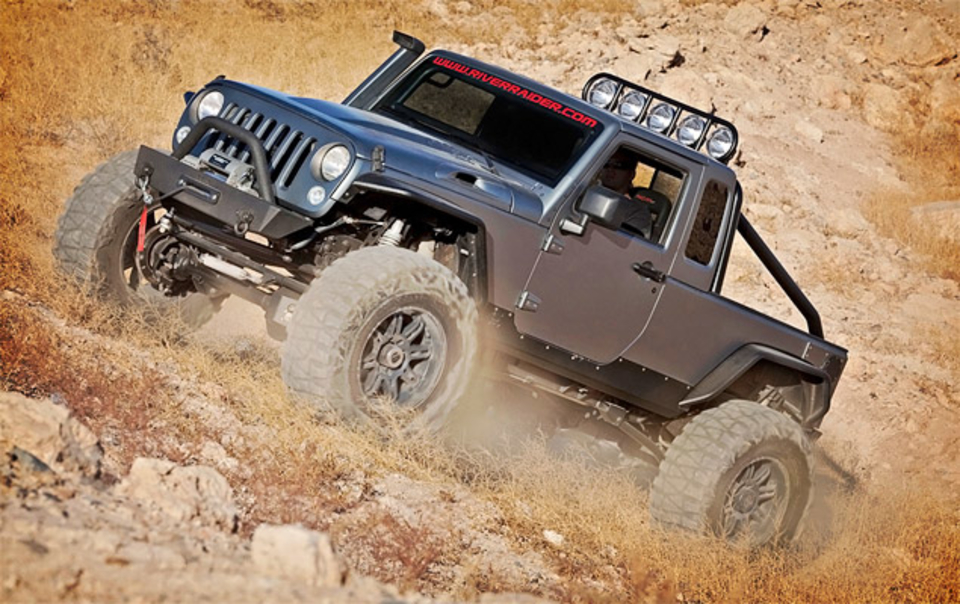 Just in case the rainfall of Spring 2011 becomes the norm instead of the exception, it might be a good idea to have a Hauk Jeep River Raider ($TBA) hanging around. Based on Jeep's legendary Wrangler, the River Raider is powered by a HEMI engine ranging from 405 to 636 hp, and features a full roll cage, four-point safety harnesses, Bullet proof Dana 60 axles with dual piston calipers, LED head- and taillights, a Baja light bar, an aluminum undercarriage armor system, custom made Raceline bead lock wheels with 40-inch Toyo Open Country MT tires, a fold-down tailgate, a custom half-cab tight top, and the River Raider engine Snorkel system, which will allow you to cross those new streams which were formerly roads. [Thanks, Jon]