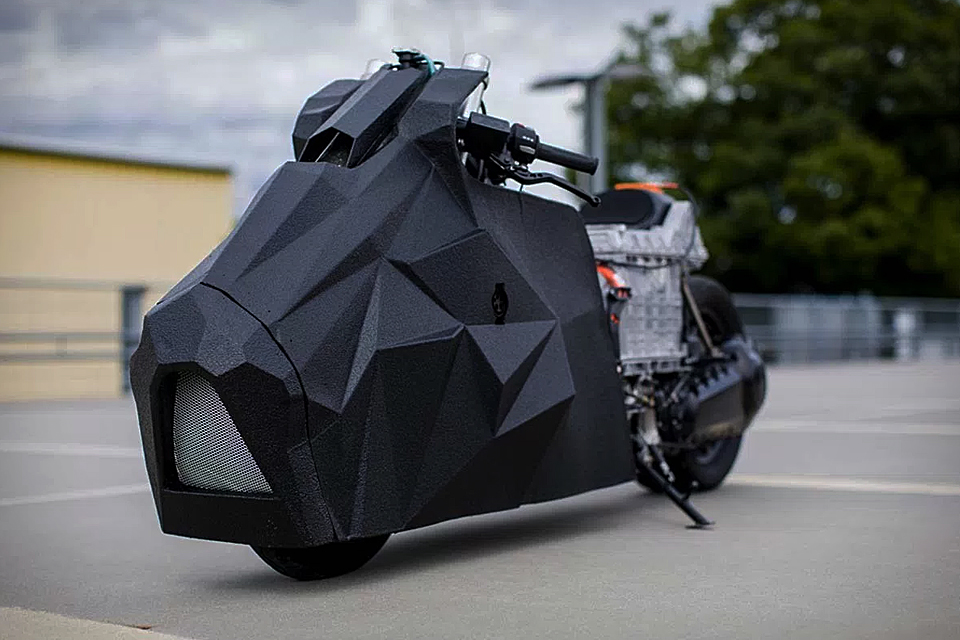 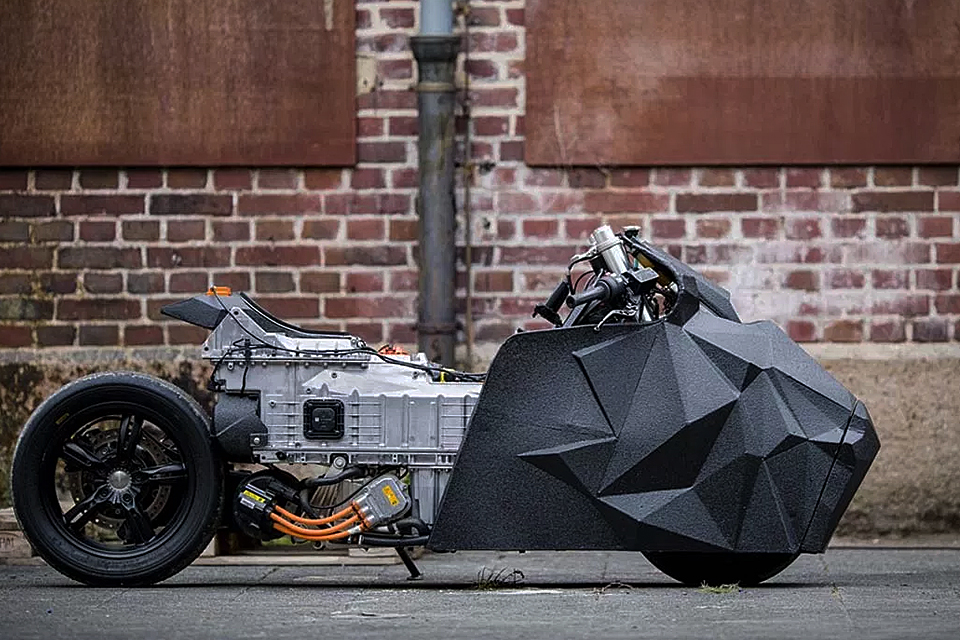 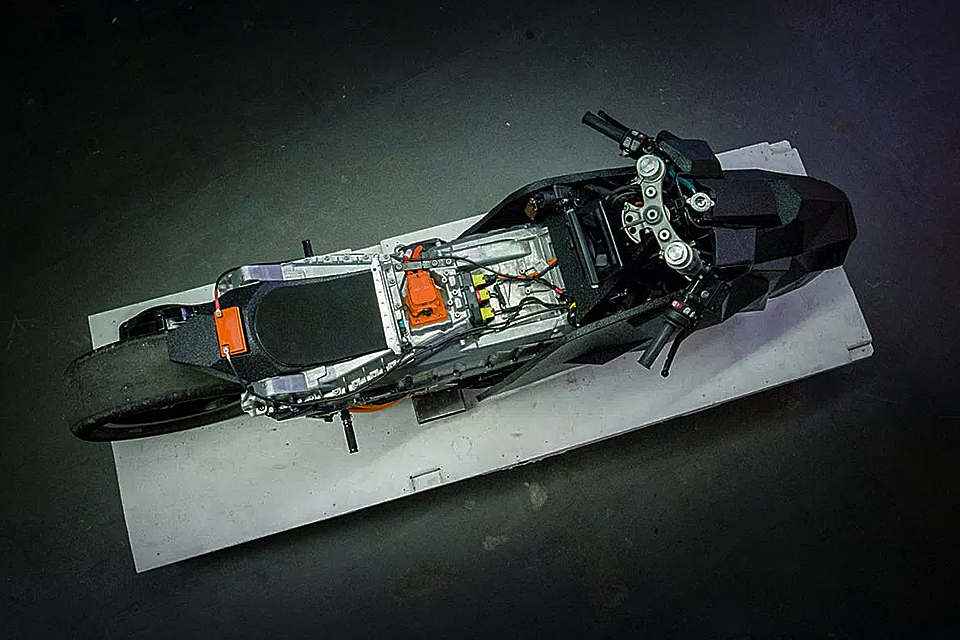 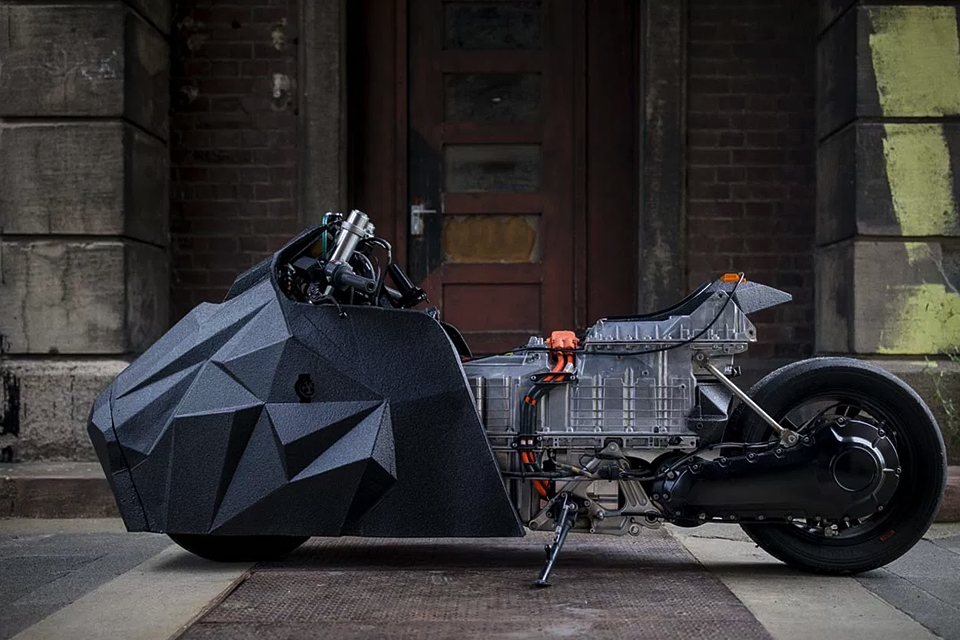 No, this isn't some new piece of military hardware or a new gadget for an upcoming James Bond film. Despite the looks, the inspiration for this custom BMW C-Evolution electric scooter was a tea set — specifically, builder Rolf Reick's grandmother's 1920s cubic service by Eric Magnussen. Ideas really do come from the most unexpected of places. Rolf began by removing the plastic body panels, lowering the scooter, and adding rigid struts at the rear. The origami-like front fairing purposely covers only half the frame, leaving the rest of the mechanicals exposed for a raw, industrial look befitting the much-lauded German engineering.