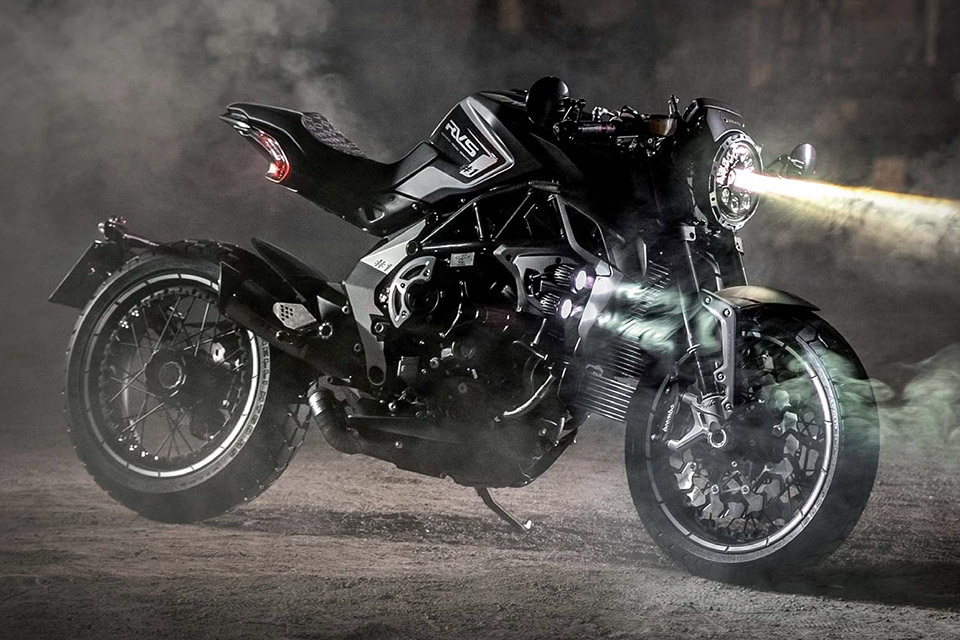 Founded in 1945 near Milan, Italy, Meccanica Verghera Agusta is one of the most storied motorcycle manufacturers in history. Similar to Enzo Ferrari, MV Agusta made motorcycles almost exclusively to fund their racing efforts, and their production bikes had a sporting pedigree that few could match. MV Agusta's current lineup embraces the company's founding philosophy, and the RVS #1 is a perfect example. Starting with the Brutale Dragster 800, MV Agusta has shaved 18 pounds from the already svelte trellis frame thanks to a liberal use of titanium and added ten bhp to the three-cylinder powerplant for a total of 150 bhp. The RSV #1 makes a visual statement as powerful as its performance. Brutal front wave rotors, low-profile bar-end mirrors, and flat black paint make sure that there's no mistaking what this bike is capable of.