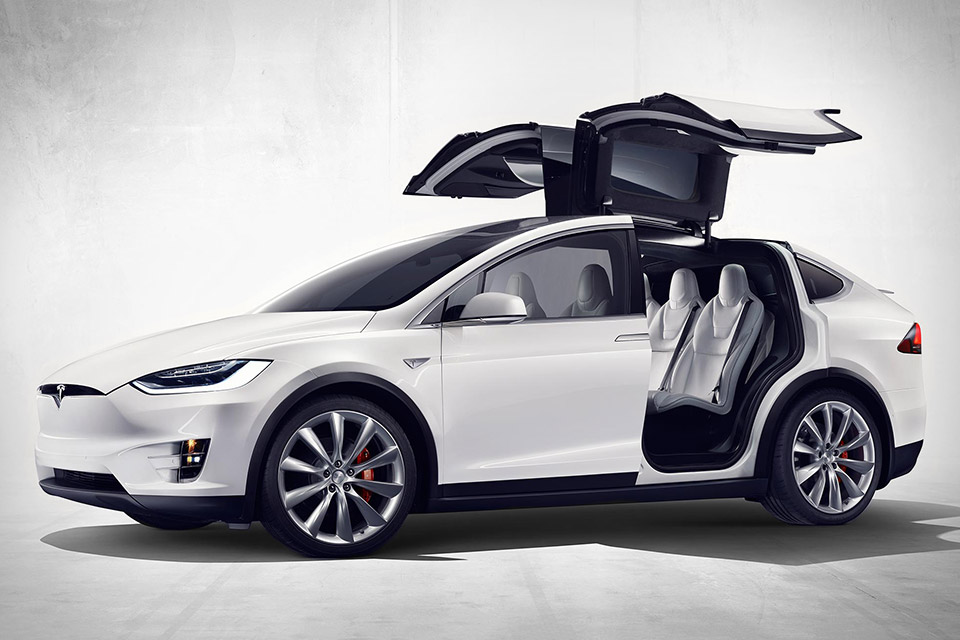 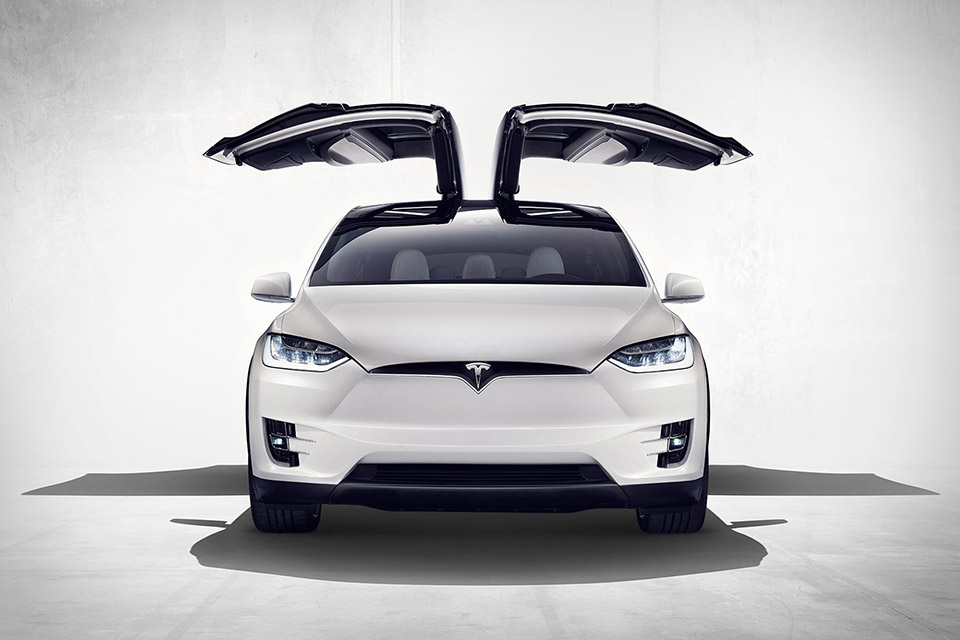 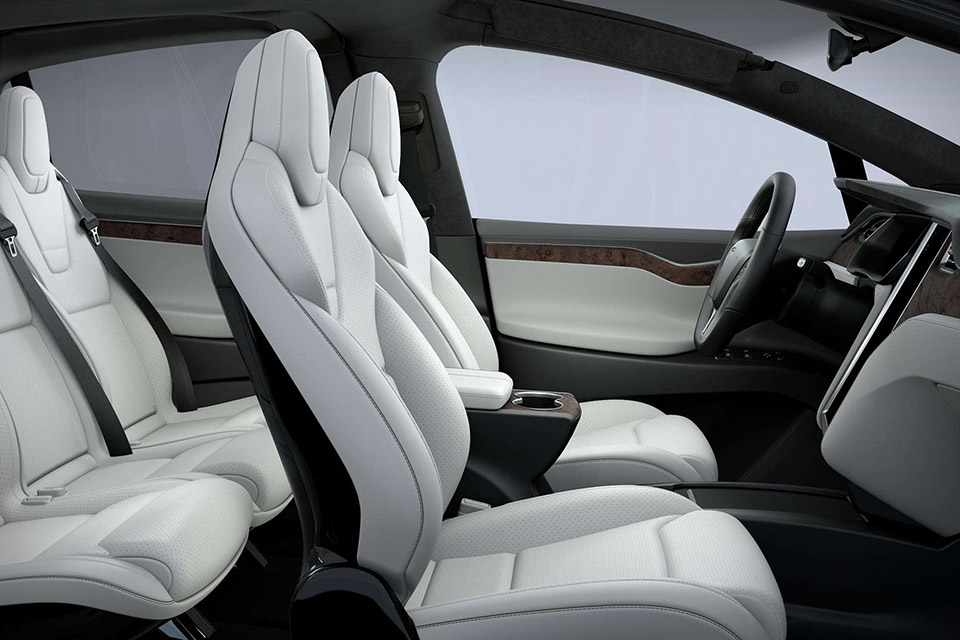 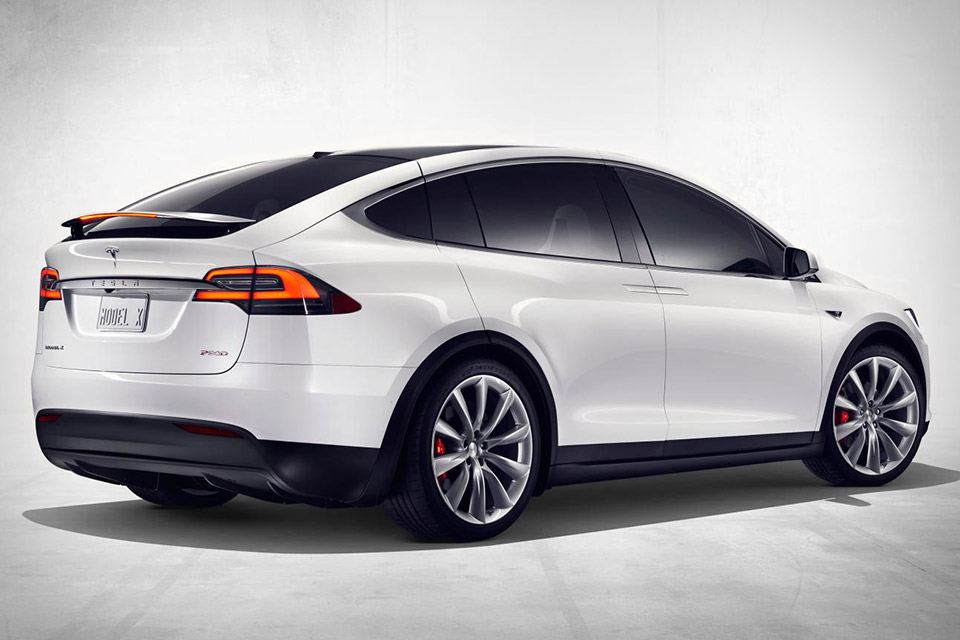 It's been delayed more than once, but the world's first all-electric SUV is finally here. It was worth the wait. And with the performance numbers the Tesla Model X is capable of, you won't be waiting for much when you get behind the wheel. It's available in very fast 90D or ludicrously fast — no, really, it has a "Ludicrous mode" that lets you go from 060 in just 3.2 seconds — P90D variants, each of which will go 250 miles on a charge. Despite the delays, it still has the sensor-laden, over-engineered Falcon Wing rear doors, seating for up to seven adults, ample cargo space, autonomous capabilities borrowed from the Model S, a 560 watt, 17-speaker sound system engineered in-house to sound great while using as little power as possible, a glass panoramic windshield that extends up and over the front seat, and, of course, a 17-inch touchscreen for controlling everything.