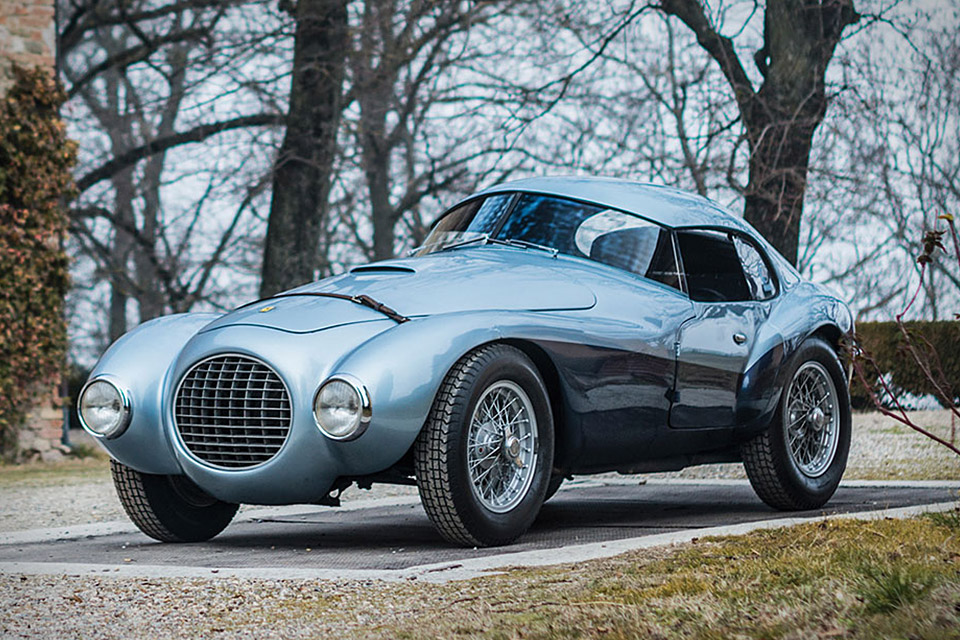 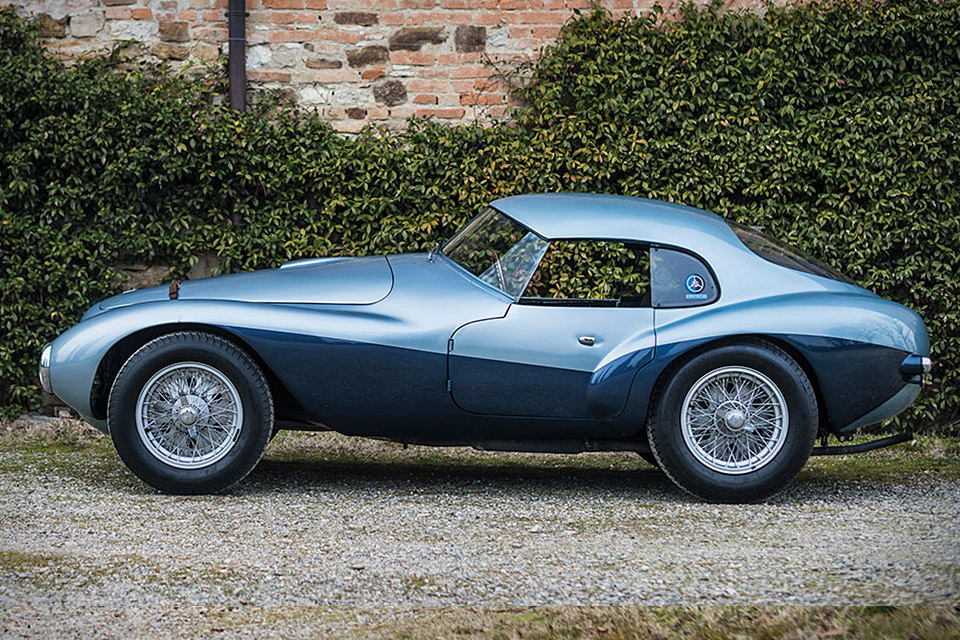 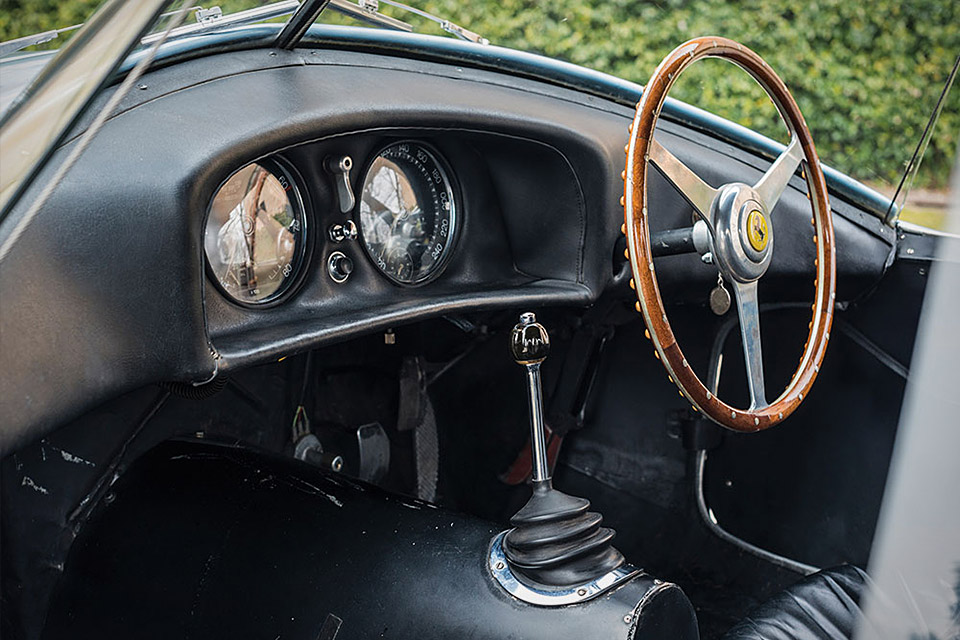 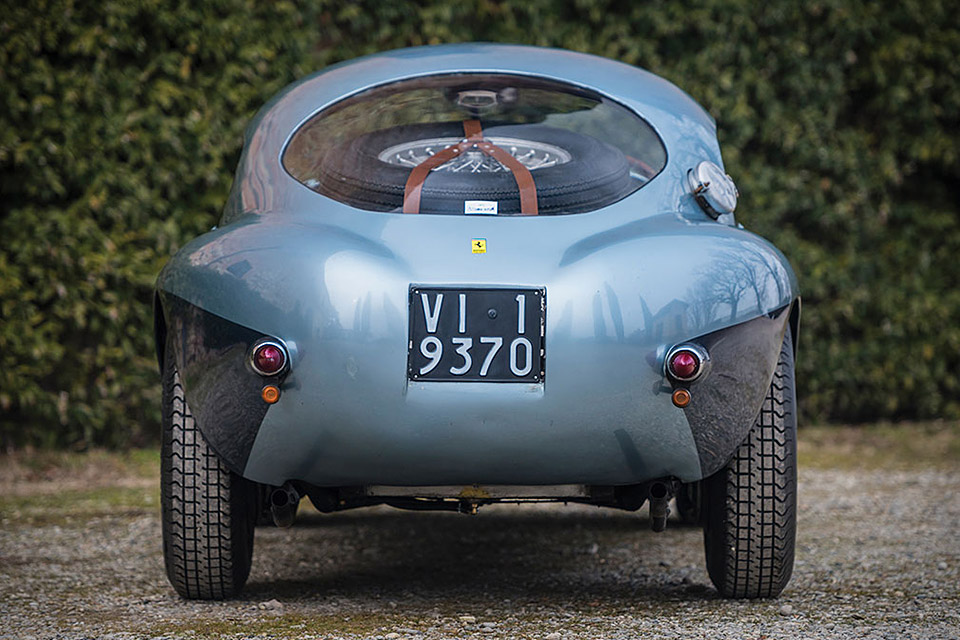 In 1950, Enzo Ferrari's fledgling company had been in existence for only three years. Four wealthy brothers — Vittorio, Giannino, Paolo, and Umberto Marzotto owned some 20 or more Ferraris between them, lending a large hand in keeping the company stable through those early years. Accomplished drivers in their own right, Giannino won the legendary Mille Miglia twice. After a crash put the car out of commission, it was rebuilt with the bodywork seen here. Known as the "Uovo", or egg, the result of an attempt at weight reduction and aerodynamic streamlining. A one-off example of early Ferraris, the 166 MM/212 is an important car in Ferrari's racing heritage.