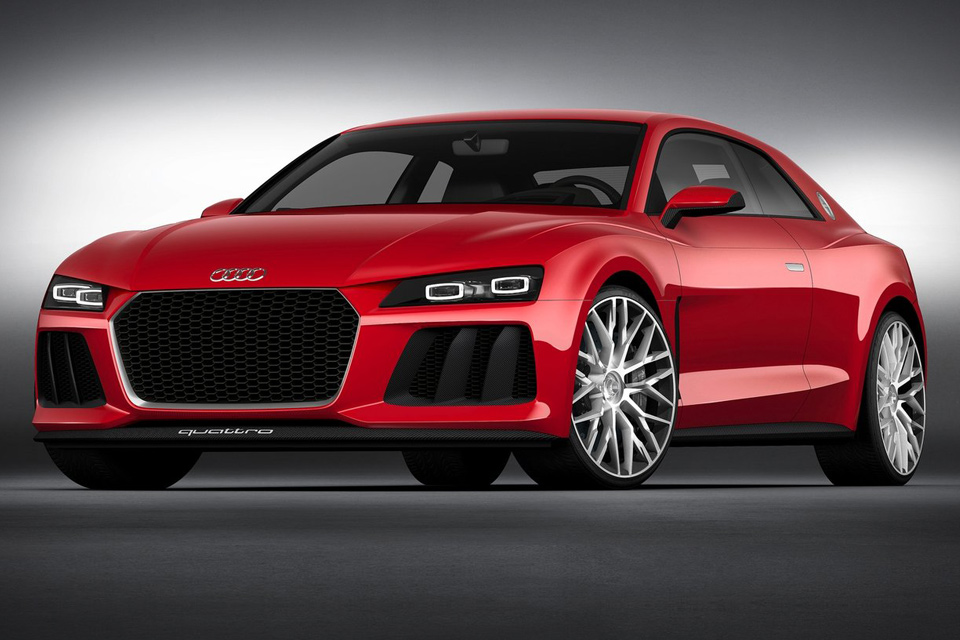 It goes without saying that a concept car debuting at the International Consumer Electronics Show should boast some pretty impressive tech to earn its spot among all the gadgets and gizmos — and the Audi Sport Quattro Laserlight Concept ($TBA) does not disappoint. Its headlights represent the next big thing in automotive lighting, combining matrix LEDs with laser lights into its trapezoidal fixtures, giving them double the luminosity of existing LED headlights. Inside, a state-of-the-art touchscreen controls the infotainment and climate, with three-dimensional, high-resolution graphics made possible by an Nvidia processor. It's powered by a plug-in hybrid drive system and a bi-turbo four-liter V8 engine, giving you the option to drive in EV for up to 94 mpg, hybrid, or full-combustion. It's also incredibly lightweight, with many of its components made of aluminum or carbon fiber, while the engine system is capable of 700 horsepower and nearly 600 pound feet of torque, making for a debut worthy of its setting.