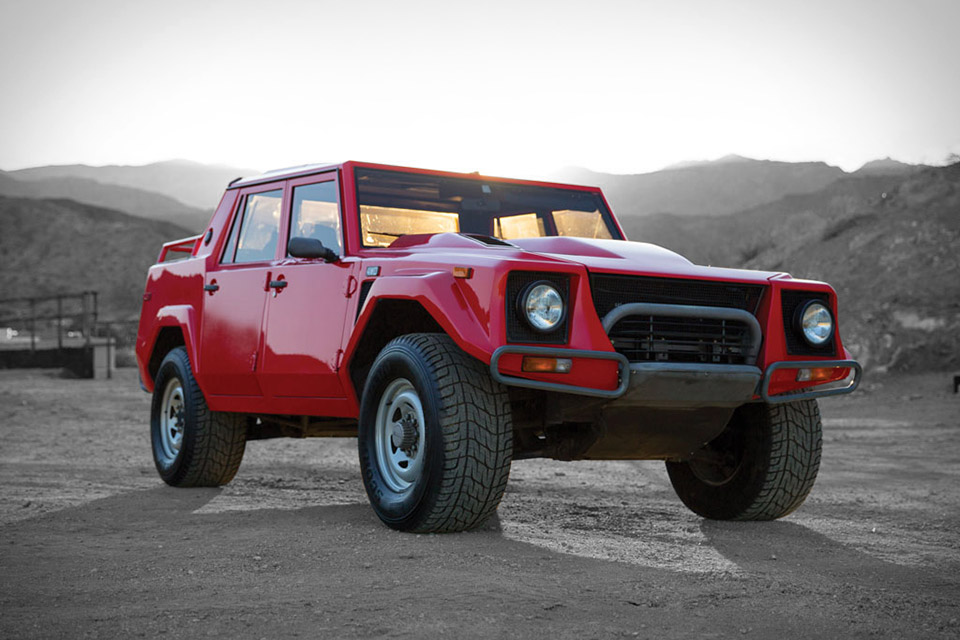 Every new car they sell has all-wheel-drive, but when the Lamborghini LM002 debuted, it was the automaker's first foray into four-wheel drive. Affectionately referred to as the "Rambo Lambo", the V12-powered truck was only produced from 1986 to 1993. This particular model, going up for auction in January, was built in 1989, and has had only two owners, the latter of which has owned it for the last 23 years. In addition to the powerful 444 hp engine, it features a largely original interior, a 76-gallon fuel tank — necessary due to its gas-guzzling, 8 mpg ways — a sup-8 second 0-60 time, and an odometer that reads just 18,000 miles.